What do Gorgias CSMs do?

Manage and Troubleshoot your Outlook Integration

How to set up Email Forwarding

How to connect Messenger Chat Bots

Setting up your Gorgias Chat

What is Gorgias Bot?

How to create a custom widget in the customer sidebar?

How to setup a custom domain for your Help Center? 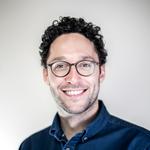 Updated 1 month ago by Thomas Trinelle

You’ve made the decision to transform the way your organization executes support! 🎉 Now it’s time to implement that change!

Here are the steps and resources required for successfully launching Gorgias with a Zendesk import. Please follow the instructions outlined in the order below.

The import rate can vary per account, depending on the number of comments/messages in tickets. On average, it is around 720 tickets per hour. However, if each ticket has 500 comments, it would only be 50 tickets in 10 minutes. Therefore, if there is a lot of Zendesk data, the import can take a few days.
Zendesk import and continuous synchronization is not intended to be used in parallel with Zendesk. With continuous sync, the initial import of 2 years of history will complete, then sync any other remaining tickets.
Once you begin using Gorgias, you should turn off all channels in Zendesk and allow the sync to import any remaining tickets left in Zendesk.

Any macros that were imported from Zendesk cannot be edited in Gorgias while sync is enabled. The Zendesk original will override any edits in Gorgias. To solve this, pause the import.
If you have the same users in Gorgias as Zendesk, please delete them in Zendesk when the import is complete to get rid of duplicate accounts.
We do not import attachments on tickets. Currently, we also do not import rating information. This means survey data associated with the ticket will not port to Gorgias.

The previous 2 weeks of Zendesk ticket history are imported first to ensure the most important information is available within a few hours. The rest of the two years of ticket history can take several days to import, depending on the volume.

Pro tip: Get the inbox as small as possible in Zendesk before importing.
Important: You need to have Admin/Owner account permission in Zendesk in order to successfully import your Zendesk data into Gorgias.

Import progress statistics are collected in the background, so you can see how many tickets are already imported and how many are left while the import is running.

After the initial import is finished

How does continuous synchronization work?

Enable any channels you would like to use in Gorgias (email, live chat, social). Instructions for each channel are below. If you want to do this in phases, please see FAQ #11 for more info.

Please do NOT import the last 2 years of email history before doing the Zendesk import. See FAQ #3 for more info.
We don't recommend enabling email until you are ready to switch over from Zendesk to Gorgias, unless you can disable that email from Zendesk.
See FAQ #4 for more info.

- For Direct Integration: Connecting your support email via direct integration

- For Forwarding: How to set up email forwarding

Go to Settings > Integrations > Chat > Add chat. For more context, you can check this article!

Disable any channels you have set up in Zendesk. The instructions for each channel are below.

Then, go to native email settings (Gmail, Outlook, etc.) and disable any forwarding to Zendesk that is toggled on in the Forwarding and POP/IMAP tab. Also, check that you don't have any filters forwarding in the Filters and Blocked Addresses tab.

If you have open social tickets in Zendesk, please follow the steps below. You cannot respond to these tickets in Gorgias if you import them. This workaround ensures no tickets are lost.

- Create a Zendesk trigger: "Auto-close social tickets with a new message from the customer"

Here are the Zendesk instructions with more detail.

If you have an automation to send a Satisfaction survey, please disable it too:

Can I import more than once for the same Zendesk account?

Once the initial import is finished, we do a continuous sync so you don't miss any tickets!

Can I import multiple Zendesk accounts into one Gorgias account?

Yes, you can! You can run several imports in parallel and you'll also be able to see the progress of each import separately.

Can I import the last 2 years of my emails before importing Zendesk?

You can, but we do not recommend it. If you import emails before Zendesk, there will be discrepancies between open/closed tickets and some messages will be not imported properly. Please do the Zendesk import and then import your emails to avoid any inconsistencies.

Because of the way the Zendesk & email integration works. In your email 'sent' folder you can see that there are no replies sent from Zendesk. In other words, importing from email before importing Zendesk will import only incoming messages, not outbound messages. After importing some of the messages from email we will not be able to match them with tickets from Zendesk.

Can I integrate my email in Gorgias and Zendesk at the same time?

If you integrate an email address with Gorgias, Zendesk continuous import is enabled, and that email is integrated with Zendesk as well (or you're forwarding to Zendesk), it will create issues with syncing. This is because messages sync via the integrated email faster than through the Zendesk continuous sync (which runs every 5 minutes). This will result in similar issues as the answer above. It's best to integrate email in Gorgias:

1) After you have already migrated from Zendesk and your team is ready to manage support in Gorgias directly.

2) If you are going to disable that email specifically in Zendesk. You can keep other channels or emails enabled in Zendesk. The continuous import can be left enabled to pull new tickets/comments from other Zendesk channels or other emails, which are not integrated in Gorgias yet. Then you can do each email or channel one by one.

Do my ongoing conversations with customers have to pause during the Zendesk import time?

Yes, you will have to pause any conversations until those tickets are imported. Since the first 2 weeks are imported first, the pause on these tickets should not be too long (2-3 hours).

Is it OK if I delete all my imported tickets in Gorgias and run another import to start fresh?

No, you can only do one import per Zendesk domain.

How can I make sure my open Zendesk tickets that are just imported don't get mixed up with other tickets in Gorgias so I can quickly address those?

You can tag your open tickets with a unique name in Zendesk before you start importing. After the import is completed, you can easily create a view and find your tickets by the tag name.

Will Aircall tickets port over, including the voicemails?

Yes, they will all port over. The voicemail ticket will contain an external link that you will take you to Aircall.

I've turned off all the channels in Zendesk and completed the import. Why do I still receive tickets in Zendesk?

Why did some of our customers' accounts get duplicated upon importing?

This can happen only in the event that the customer's email address was updated in Gorgias while the import from Zendesk was still running. If you change the email address of one of your customers in their Gorgias profile settings while the Zendesk import is still ongoing, that action will create a duplicate of that same customer with the new email address.

However, updating details such as the customer's first or last name won't cause this issue. The account will be updated, but not duplicated.

Can I do the import in phases?

Please note: it is always mandatory to start Zendesk initial import before integrating the same email into Gorgias, otherwise the ticket history will be inaccurate.

I've turned off Zendesk and have a backlog of open tickets in Gorgias. Can I apply rules to these tickets?

You can use 'ticket updated' and apply a tag to these tickets to trigger a rule. However, the rules are limited: you cannot use rules with conditions regarding message body, sender, intents, and sentiments. Ticket subject, message source, Shopify, etc. should still work as intended.

Can I cancel my Zendesk account while the import is in progress?

You can, but we do not recommend it. The API token will expire as soon as you cancel and the import will stop at whatever percentage it is at.