What do Gorgias CSMs do?

Manage and Troubleshoot your Outlook Integration

How to set up Email Forwarding

How to connect Messenger Chat Bots

Setting up your Gorgias Chat

What is Gorgias Bot?

How to create a custom widget in the customer sidebar?

All Categories ​>​ ​ ​>​ Switching from Zendesk 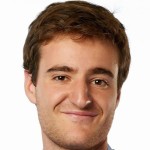 Updated 1 year ago by Romain Lapeyre

Have a look at this tutorial video to finish your helpdesk's setup and import your data from Zendesk:

Check out our tutorial videos, from setting up your helpdesk's features to creating more complex rules!

Zendesk users, here's a guide on how to smoothly transition to Gorgias!

We don't recommend using Zendesk & Gorgias in parallel and we cannot be made responsible for the inconsistencies in your data if you do that. Make sure to follow the steps below for an easy transition.

Things you should know

Done! You can now start responding to tickets in Gorgias.

If you were using a support@company.zendesk.com address, replies to old tickets will still only show up in Zendesk. Check Zendesk once a day for the next 10 days, and then you'll be done with your Zendesk account. After this period, you should only respond to tickets in Gorgias.

If you have questions about switching, please contact our support team or book a call with us here.

You're good. Now, customers who contact you on your helpcenter on Zendesk will receive a response in Gorgias.

How does the import work behind the scenes

Gorgias imports Macros, Users and Tickets from Zendesk starting from 1 year in the past and ending when when we import the last ticket visible during the import. The import stops after the last imported ticket and does not sync new tickets that are created on Zendesk after the import finished.

How many macros, users and tickets are imported?

In Zendesk, Admins, Agents and End-users (Customers) are all Users separated by their Role (admin, agent, end-user). Basically everybody is a User in Zendesk. In Gorgias however, we have Users (Agents, Admins, etc..) and Customers (facebook/chat contacts, shopify customers, etc..). We only have Roles for Admins and Agents. Customer don't have roles and they are entirely separate objects.

How much time does it take to import?

Depending on the amount of data that a Zendesk account can have it sometimes can take days to import everything - this is not something that we can improve upon as Zendesk has limits to the amount of tickets per second that we can import. This throttling behavior is normal for any helpdesk including Gorgias.

Can I import from multiple Zendesk accounts into a single Gorgias account?

This is not an option at this time due to some complexities that would not allow for accuracy. As an example, Zendesk can have the same ticket ids for different accounts and we use those ticket ids to know if we imported them or not. Thus we might skip importing some tickets if another ticket with the same ticket ids was already imported.