SEO - Prevent your Help Center from being indexed

What is a Gorgias Bot?

Set up a custom domain for your Help Center

All Categories ​>​ ​Getting Started ​ > ​ ​Handle Tickets ​>​ How to handle incoming tickets 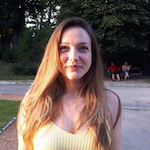 Updated 2 months ago by Marija

If a customer writes an email, or contact you via chat, or comments on one of your Facebook posts - all those actions will create a ticket in the Gorgias platform so that you can respond to your customers accordingly.

In Gorgias, we have two ticket statuses: Open and Closed.

The story behind ticket status is that it helps your team keep track of open cases. You'll always know how many tickets you currently have opened and how many customers are waiting for your response.

Additionally, you can mark your tickets as 'read' or 'unread' (just like you would with the emails in your mailbox for example) to better keep track of the tickets that you need to handle or not on an individual level.

This feature allows every agent to switch the tickets to 'read' or 'unread' based on whether or not they want to address them right away or not, without leaving the ticket read/unread for everyone else.

For example, let's say that you opened a certain ticket just to check something real quick, but you don't have time to reply to the customer right away. However, you'd like to get back to that ticket later, but how will you know that that's the one that wasn't replied to? As of now, even if you opened the ticket, you can still mark it as unread and get back to it later knowing that it wasn't handled.

This action can be bulk-applied as well! Inside a view, select at least one ticket (or select them all) to enable the action under the More dropdown.

If all selected tickets have the same status, the button to toggle it to the opposite status will be enabled. If the selection includes both read and unread tickets, both buttons will be displayed.

And if you are a fan of Gorgias keyboard shortcuts, this action comes with its own set as well:

When you initially receive a ticket in Gorgias, it will always have the status open, by default.

When an agent responds to a ticket:

Or the "Send & Close" option should be used instead:

Both of those options will actually set status closed to a ticket. Since views are configured to show you only opened tickets, this way you will always know if you have new customer response or a new ticket created.

Please keep in mind that the ticket channel will always be based on the channel that the customer used to send the first message. So for example, if a ticket starts as a chat but later turns into an email thread, the ticket will still be considered a chat ticket.
This is also important for sending out Satisfaction Surveys. Let's say that you have your CSAT set up in such a way that it should only be sent on email tickets. If you have a ticket that started as a chat, but then later was switched to email, the CSAT won't be sent on that ticket since the ticket channel is still considered to be chat.

When another agent is viewing or editing a ticket, there is always going to be a yellow bar shown at the top, when that ticket is opened. This will help prevent collisions between agents, as all agents will be aware if the ticket that they opened is being worked on.

Instead of replying to a ticket in Gorgias, you can also forward the thread:

This allows you to pass over the conversation and potentially loop in colleagues who are not using Gorgias.

Important: If you forward a message → have a conversation with the person you forwarded it to → then decide to reply back to your customer, all the messages (entire ticket thread) will be visible. But you can definitely delete/adjust the thread that is sent over, check how below.

We are really excited to announce that you can now edit reply threads when forwarding or responding to emails!

To try it out, go to an email ticket and click the “three dots” button in the text editor. This will inject the reply thread into the editor, allowing you to remove any messages you’d like from the reply thread.

There are, however, some limitations to forwarding threads, simply in order to maintain the best performance possible. The limits for thread length are:

With Gorgias, you can also real quick check previous tickets from the same customer in just a couple of clicks! If the customer is reaching out using the same email address, all of the previous threads are accessible from the ticket itself!

What happens once the ticket is closed? Will the replies received under the closed ticket result in opening a new ticket?

This actually depends on the channel in question, let us explain this a bit further:

Email: If the customer continues the conversation under the same email thread, even if the ticket was closed, it will reopen on the customer's message and won't be considered as a new ticket. The billable ticket count is 1.

If they, however, send a brand new email, a new ticket will be opened. If you reply, the billable ticket count is 2.

Chat / Facebook Messenger / Instagram DMs: If you close out a chat ticket from a customer, and they reach out again after more than 3 days, a new ticket will be opened. If you reply, the billable ticket count is 2.

If a closed chat ticket receives a response within 3 days, the closed ticket will reopen. The billable ticket count is 1.

Social Comments: Every comment pulled from your social channels is considered as a new ticket. But replies to that comment will populate under the same ticket. If you reply to the comment from Gorgias, the ticket is billable. If you only like a Facebook comment but do not respond, ticket won't be billable.

If you exceed your billable ticket count for your plan, you will not be automatically moved up to the next plan, nor will your account be suspended or disabled. Rather, you will be billed for each additional billable ticket. Each subscription level has a different cost for this which is broken down below.

With Gorgias, the ability to merge customer communication profiles together allows you to see customer ticket history across all communication channels. This means that duplicate tickets are not responded to and in turn, your support efficiency is increased and billable ticket count is decreased.

What happens if the message fails to be sent?

If you've replied and click on "Send" but stay on the ticket, after a couple of seconds a red notification will appear stating that something went wrong.

In both case, the text of the message will be saved and you can retry to send the message.